To join via LIVESTREAM or recieve up to date information about our Sunday worship services, click here. 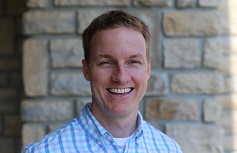 Matt grew up in a small town outside of Augusta, Georgia. While on the baseball team at Augusta University, the Lord drew Matt to Himself instilling within him a heart for discipleship and a love for Christ’s bride through the ministry of Campus Outreach (CO). Matt served on staff with CO for eight years and married his wife Eileen in 2007. Sensing a call to pursue pastoral ministry, he and his family moved to St. Louis to attend Covenant Theological Seminary in 2013. After seminary, the May’s moved to Mason, Ohio and joined the staff at North Cincy in 2016 and was installed as the Senior Pastor in August of 2022.  Matt and Eileen have three children Emma (’09), Matthew (‘12) and Andrew (’15). 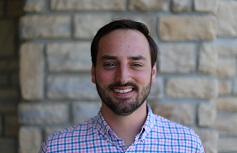 Eric grew up in the greater Cincinnati area, and graduated from Sycamore High School in 2003. He then attended Eastern Kentucky University where he was involved with a ministry called Campus Outreach that he would later work for at the University of Kentucky for five years after graduation. Sensing a call to pastoral ministry, Eric then attended Covenant Seminary where he earned his Masters of Divinity while working for a ministry called City Ministry Initiative in St. Louis. He then joined the North Cincy staff in 2016 and has served in various capacities. Currently, as an Assistant Pastor, he oversees local outreach, global missions, youth ministry, and family ministry at North Cincy. He currently lives in the Landen area with his wife Addie and his two children, Owen and Annie. 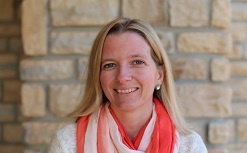 Cheryl has a Bachelor's Degree in Human Development and Family Studies from Mississippi State University and a Master's Degree in Child Life from the University of Alabama.  She has been a member of NCCC since 2003 and joined the NCCC staff in 2013.  She is married to Cameron and they have four children. 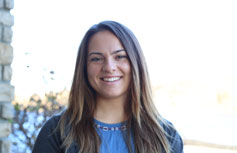 Savannah earned her Bachelor’s Degree in Psychology from Liberty University. She found a passion for children’s ministry by working at Eagle Lake Camps throughout her college summers. Savannah joined NCCC staff in 2018. In addition to serving as the Director of North Cincy Kids, Savannah also serves as the Family Ministries Administrator. She is married to Dustin and they have one child. 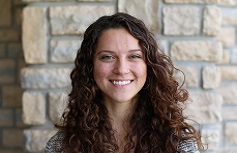 Emily was born and raised in Cincinnati and has been attending North Cincinnati for the past 20 years. She was a volunteer on the music team for seven years before becoming the Worship Director in 2016. She received her bachelor’s degree in Theological & Biblical Studies with a minor in Church Ministries. Emily has a passion to see spiritual growth and maturity by utilizing the important tool of music. She is married to her high school sweetheart, Jonathan, and they have two children, Addison (5) and Judah (1). 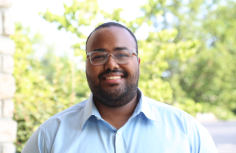 Osman earned his Bachelor's Degree in Biology from Southwest Minnesota State University. He has a passion for sharing the Word of God with everyone he meets. Osman joined NCCC in 2019 as a Missionary in Residence. He works for Global Services Network as a full-time missionary. He is married to Kayla. 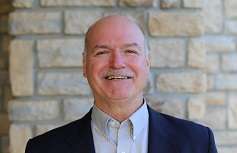 Jim is a Cincinnati native and the oldest of 12. After high school he served in the USAF as a jet mechanic. In 1977 Jim married Gayle; a year later he fulfilled a childhood dream and joined the Ohio Highway Patrol. The Ertels moved to Mason in 1978 and have 3 grown children (2 married and one soon-to-be), and 3 grandsons (Liam, Gabriel and Logan). Jim and Gayle came to North Cincy on New Years Day, 2000 and Jim joined the staff as the facilities manager after his retirement in 2003. Jim is a deacon, serves in preschool classrooms and is active in mens ministries. You can see him around town in his red Ram truck, the green John Deere tractor or, his Gold Wing, “the Orangescicle”. 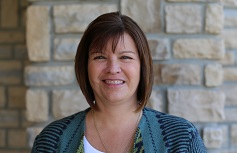 Annette is a lifelong native of the Mason area. She and her husband Rick have attended NCCC for 20 years, and she has been an employee since 2012. They have two adult children (Megan and Alex).