We are meeting in-person this morning at 10:45 AM. To join via LIVESTREAM online, click here.

Throughout her history one of North Cincinnati's greatest strengths has been its student ministry. Blessed with a rich heritage of talented and faithful shepherds who have served at its helm, True North has long been a greenhouse for helping young men and women grow as mature and equipped followers of Christ. With that heritage in mind, I am excited to announce that Eric Shrimpton will join our pastoral team this summer as our next Assistant Pastor and Director of Student Ministries.

Many of you already know Eric and his wife, Addie, as missionaries we have supported, first through their work with Campus Outreach at the University of Kentucky, and then during their time at Covenant Seminary where Eric has also served with City Ministry Initiative. I am thrilled to welcome Eric to our pastoral team, and for the Shrimpton's be part of the community of God's people here at North Cincinnati.

The Shrimptons will make the transition from Saint Louis to Mason later this July. In the meantime please take the time to get know Eric more through the short Q&A below, and to pray for their family during this time of transition. 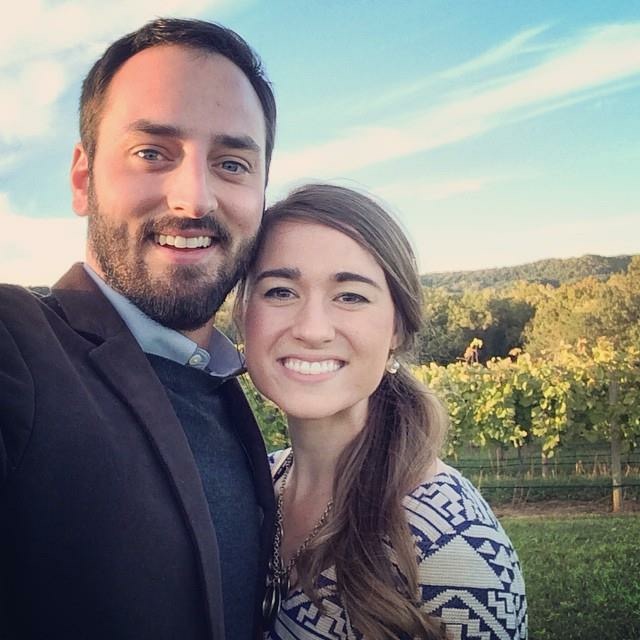 1. Tell us a little about your personal story and family?

I grew up in Cincinnati, not far from NCCC, where I attended Sycamore Schools before I left to head down south to Eastern Kentucky University to major in Communication Studies. In college, I began wondering if God really existed, and what his existence had to do with my life. Through a series of events and bible studies, I became convinced of the claims of Christianity and first truly believed that Jesus was who the bible says he was. As a student, I was connected with a campus ministry called Campus Outreach where I would continue to grow in my faith and later work with for five years at the University of Kentucky.

It was during my transition from college to campus ministry where I spent a year in Cincinnati at NCCC serving as a True North Youth Leader. I then headed back to Kentucky, and it was during those five years where I would meet my wife Addie who was a student involved with Campus Outreach at Georgetown College. Addie is originally from Louisville, and we married in 2011 and decided to attend Covenant Seminary in St. Louis in the Fall of 2013. I began the Masters of Divinity program after sensing a call from campus ministry to pastoral ministry, and my wife began the Masters of Arts in Counseling program. We both just graduated in May, and are expecting our first child, Owen, any day now. We also have a Cavalier Spaniel named Jack who just celebrated his fourth birthday.

2. What excites you most about your role as Assistant Pastor, and Director of Student Ministries?

There are many things that excite me about my role as the Assistant Pastor and Director of Student Ministries. Psalm 71:18 says, “So even to old age and gray hairs, O God, do not forsake me, until I proclaim your might to another generation, your power to all those to come.” Both my wife and I have a passion for next generation ministries. We both get excited about the possibility of pouring our lives into those who will come after us to carry on the name and mission of God in this world. Our prayer is that God would use our family to proclaim the wondrous deeds of God and to build up the next generation to be salt and light as they transition from adolescence to adulthood.

Another thing that excites me about my role as the Director of Student Ministries is the important role that youth play in the future development of our culture. Dr. Martin Luther King Jr. said, “One of the great liabilities of history is that all too many people fail to remain awake through great periods of social change.” I believe that we find ourselves in a unique cultural moment where we are experiencing great social change, and it is key for youth in the church to be equipped to engage their world with the Gospel of Jesus Christ as they think about their future professions, future families, and whatever else may come their way. I love the opportunity to help youth develop into the person that God has made them to be as they learn how to use their gifts, talents, and abilities for the glory of God and the good of their neighbors.

3. What made you want to join the pastoral team here at North Cincinnati?

I have had a long-standing relationship with North Cincinnati for quite some time. I first joined the church back in 2008 when I returned to Cincinnati after college. Since the first day I stepped foot in the church as a recently graduated college student, I felt loved and welcomed by the staff and members. It has been a joy to see pastors and staff come and go and it is such an honor to be a member of such a great pastoral team. I have known Michael since our involvement with Campus Outreach as students, and I look forward to working with him as he continues to lead NCCC.

In addition to my relationship with Michael, I also have a worked with North Cincinnati’s most recent hire, Matt May for the last two years at Covenant Seminary in the Admissions Department. With my history with North Cincinnati, along with my current relationships with the pastoral staff, I believe that we are unified in a common vision to equip the saints for the work of the ministry (Ephesians 4:12), and to labor by proclaiming Christ to everyone in hopes that the church may be built up in Him. I look forward to serving with the pastoral team “to glorify God by making and deploying mature and equipped followers of Christ for the sake of personal, family, community, and global transformation.”

A Christian Response to Civil Unrest